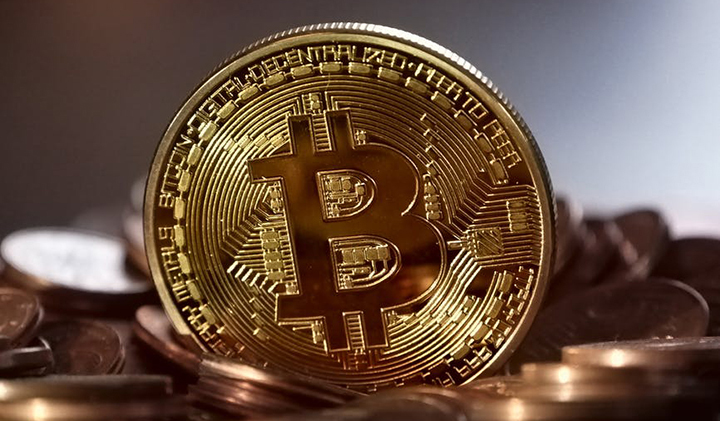 You should by now have heard of Bitcoin, maybe some of you have traded in it. Created on 2009 Bitcoin has been gaining prominence over that last few years. It has seen its valuation rise and fall in rapid succession. Still, apart from the tech savvy, and some professional traders, many are reluctant to see Bitcoin as anything but ‘another fad’ that will soon lose ground and be abandoned.

Bitcoin is a digital cryptocurrency based on the blockchain technology. We already have digital currency widely in existence today where about 95% of all currency is, in fact, digital and not in physical cash form. It comes in the form of debit/credit card transactions, money held by banks on computers and trades on the global financial market. Digital currency is widely created by banks themselves (known as fractional reserve banking). This type of currency can have wide effects on the economy as the banks can produce their own money supply separate from the central banks, which could devalue savings and investments at a faster rate.

What is a cryptocurrency?

How is cryptocurrency different? Cryptocurrency uses digital cryptography to enable a distributed ledger that records transactions online using blockchain technology. Cryptocurrencies are decentralised by design, meaning there is no central authority that can control the money supply. In centralised banking systems (such as the Bank of England), corporate boards or governments control the supply of currency by printing units of fiat currency or adding to the digital banking ledger.

What is the blockchain?

The blockchain is a form of public ledger.  It is a continuous growth of a list of records called blocks which are securely linked using cryptography. Each block has a hash pointer as a link to the previous block, transaction data and a timestamp. Once recorded the data in any given block cannot be altered in any way unless there is an alteration of all subsequent blocks and a consensus with the network majority.

How is bitcoin created?

Bitcoin is similar to gold rather than traditional currency by the way it is created or ‘mined’.  Computers ‘mine’ bitcoin by solving complex algorithms. Every time a new block is created by the miners they are rewarded with a sum of bitcoin plus a transaction fee. For every 210,000 blocks created (roughly every 4 years) the sum that they are rewarded when establishing a new block is reduced by half. This means that eventually, miners will receive zero bitcoin. The miners only job, therefore, would be to maintain the fidelity of the record keeping, which they would receive the transaction fee for. This protocol means that there can only be 21 million bitcoin that can be mined – just like gold, there is a finite amount.

How are bitcoin and its technology useful for today and the future?

The inevitable devaluation of traditional forms of currency through monetary inflation is one leading benefits of bitcoin. It is immune to monetary inflation due to the fact that once all 21 million bitcoin has been created, no more can.

It has no central jurisdiction – it eliminates third parties and any restrictions that may come with it (and their costs) – it prevents any power group in any one jurisdiction from using it as a rent seeking apparatus.

It can be sent internationally without the need to convert into local currency to get to the receiver. Currently, money sent internationally can incur up to 5% transaction fee and can take up to a day to send. Bitcoin can be sent almost instantly and is low cost to send and receive. It can be free, however, a small transaction fee speeds up the process.

Transactions that involve the digital currency are secure and irreversible, this gives merchants more incentive to reduce prices as there is no risk of fraud or fraudulent chargebacks. The other benefit for merchants is card payments companies such as MasterCard or Visa that charge 2%-4% merchant transfer fees are no longer required – saving further cost. In fact findings by Goldman Sachs analyst said that in 2013 “…Global transaction fees from $10 trillion of sales were $260 billion at retail point of sale. Those fees fall by almost $150 billion to $104 billion with using bitcoin.

The cryptographic blockchain technology creates a proven time stamp that is underpinned by the entire architecture and cannot be altered unless there is a consensus by the entire system globally. The applications for this could be wide. It could be used for a better land titling system, where in developing countries land titles are frequently forged and land stolen from the rightful owner.

The worlds most popular cryptocurrency has seen major price fluctuations, as of August 2017, the price has raised to over $3,000 per unit of bitcoin which means it has a current collective market capitalization of $54 billion according to Coin Market Cap.

As it stands cryptocurrencies are rather speculative, once its adoptive wider its volatility will reduce.

Major investments institutions and banks have started to adopt cryptocurrency and hold small amounts – this is the same for the wealthy too. It seems that millionaires with a greater understanding of the cryptocurrency’s potential, are diversifying their assets with bitcoin.

Billionaire entrepreneur Richard Branson is a keen supporter of the blockchain calling it an “economic revolution”. While billionaire investor Warren Buffett has dismissed it in the past, however, he tends to avoid new technologies and has said that he will not make an investment with something he doesn’t understand.

First, many holders of currency are unwilling to use their bitcoin for purchasing goods as they expect the valuation to increase.

Second, there are scalability issues. Each block can only process a certain amount a data – its currently limited is 1mb. If the system is widely adopted and used for such day-to-day purchases as buying a coffee, then the volume of payment will increase. This could overload the network causing a backlog in data – meaning a long wait to pay for your coffee. However, as of August 1, 2017, bitcoin divided into two currencies – its original and Bitcoin Cash. Bitcoin Cash is a folk in the original blockchain that intends to elevate the problem of high volume transactions.

Finally, they say that there has been a lack of those that run the Bitcoin infrastructure to get merchants to adopt it.

New technologies reinvent the world around us and surprise us in many ways – think how the Internet has evolved – did its inventors ever imagine its capabilities when they created it? Bitcoin and it underlining technology could have vast applications.

Some analyst predicts it could in the medium-long term hit $5,000 – $10,000 a unit of bitcoin and it could maintain its high volatility. Long-term predictions made by information tech entrepreneur Rick Falkving suggest that if bitcoin could capture 1%-10% of the global Forex market it could be valued at $100,000 – $1, million a unit of bitcoin – he believes that it will hit this and exceed this value.

Unless there is a push to get people to adopt it for everyday purchases, it may just stay as a speculative investment vehicle and lose tractions.

Ultimately it will either end up on the roof or on the floor. Its future will be determined on whether we embrace it as a currency – will we use Bitcoin?