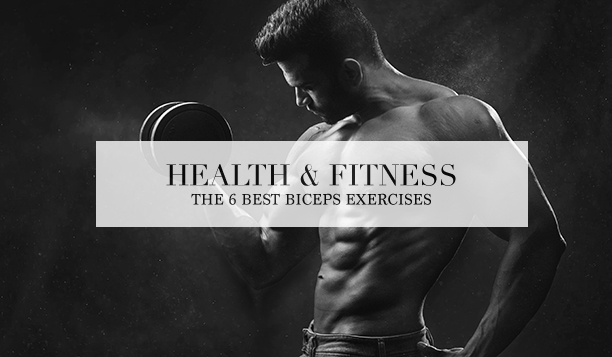 Want to know how to get bigger biceps? Biceps training seems straightforward compared to training other muscle groups, but, is it really?

Every man wants the biggest, baddest, biceps possible, yet they seem to get their training methods wrong, leading to poor results.  Failing to execute exercises correctly or failing to mix-up the variation in biceps exercises to ensure sufficient biceps muscle stimulation are all common issues.

Comprised of a long-head and a short-head, the biceps muscle function is to flex the elbow. However, the biceps are in fact grouped with other muscles that all play a part in flexing the elbow and supination of the forearm.

The arm exercises set out below will target your biceps brachii, brachialis, and your brachioradialis, improving your strength in your arms and build mass in your biceps. So, If you want to know what exercises to do for bigger biceps, keep on reading.

The standing barbell curl is a fundamental technique to implement within your biceps development regime – a classic some would say. The barbell will allow you to load up on weight to a greater extent than many other forms of bicep exercises. 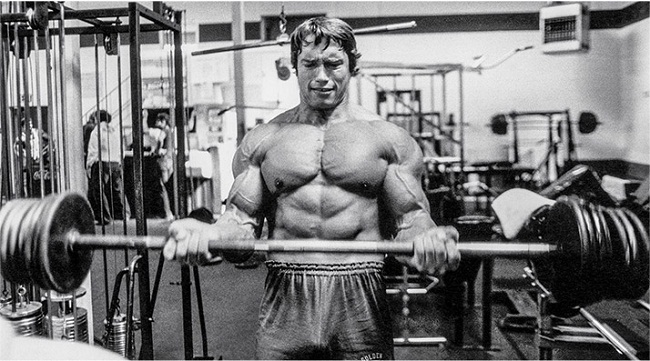 It will also promote stability and form as well, as both arms are locked into a fixed position, and the weight is disrupted evenly across both sides of the body and arms ensuring to some degree that your body maintains correct posture and form throughout the curl.

Variation in grip will target different portions of the bicep. A wide grip on the bar will emphasise the short head of the bicep brachii, while a narrower grip emphasises the long head of the muscle.

Equally a classic exercise to include in any bicep training. The standing dumbbell curl has a couple of advantages over the barbell curl.

The first, which many people often forget or do not realise is that you can focus your attention and energy on one arm at a time. This ensures that the target muscle undergoes a full contraction and ensures that you are not cheating on form.

The second key advantage is that you have free movement of the wrist which will allow you to induce maximal tension on the target muscle. This is achieved through supination of the wrist (palms facing up) as you curl the dumbbell up when performing the exercise. You should aim to bring your little digit (pinky finger) up high and with the wrist rotated around as much as possible.

It’s a concept representing the force that is required at progressing joint angles for a particular exercise. It highlights how much force is required at each stage during the range of motion (ROM) on any given movement. 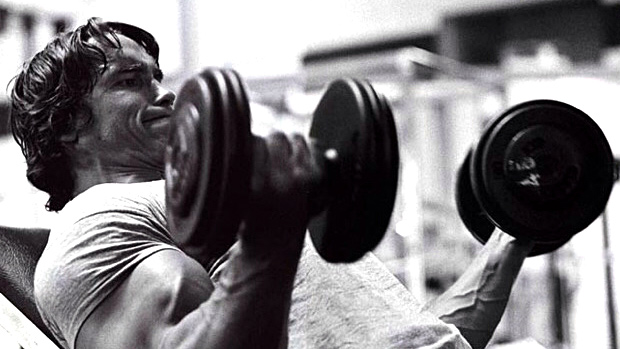 The inline shifts your position of the joint angle in relation to the direction of the force. In this case, the force is applied directly down towards the ground – due to gravity. In this instance, the incline dumbbell curl will shift the point where the most force is required to execute the technique towards the initial stage of the movement – as soon as you begin to flex your arm and curl the dumbbell.

As you curl the bar further up the force required will decrease making it easier as you curl the dumbbell up. This, therefore, places much greater stress, or tensions, onto the initial phase of the movement. The initial phase, in this case, would target the bicep much lower down, closer toward the elbow joint as appose to further up the muscle where the bicep attaches to the shoulder.

This position also promotes a full stretch (hyperextension) of the biceps, specifically the long head of the bicep more so. The more horizontal the bench the greater the stretch on the long head will be. This will allow you to work on a range of motion that you previously may have not.

A great look exercise for bigger biceps is the one-arm machine curl – similar to the preacher curl. This biceps exercise has a few advantages over a standard preacher curl too.

These specific biceps exercise targets the brachialis muscle that lays just underneath the biceps brachii at the lower end of the biceps. The brachialis acts as a bridge between the humerus, the bone in the upper arm, and the ulna, one of the bones in your forearm. The exercise will still recruit the biceps brachii, brachioradialis, and the wrist flexors to some extent – helping to assist and stabilise the movement.

First, like the preacher curl, the one-arm machine curl places your arm in a forward flexion position. This locks your arms into a fixed position while resting on a sloped curling bench, which will maximise recruitment of the biceps muscle and reduce poor form.

Secondly, the one-arm machine curl will aid in stabilising the movement as it’s in a fixed position – preventing lateral movement of the arm – allow you to lift slightly more weight.

The third benefit is that you can focus attention on one arm at a time, ensuring that the muscle is sufficiently stimulated, with a full contraction, a full range of motion, and with an effective and measured time under tension.

The main benefit that the one-arm machine curl has is the ability to perform negative reps. This can only be achieved with the assistance or the free arm by bringing the working arm back up to the peak of the curl.

Negative reps allow for an increase in weight lifted during a set. This is due to the eccentric phase of any muscle movement able to load 20% more weight on average.

Utilising negatives and forcing high weight loads (resistance) will substantially increase your strength and mass relatively quickly, compared to other arm exercises. Caution must be observed with any negative (eccentric) type training, however, due to a greater chance of muscle and ligament injury when the resistance is overloaded.

It is advisable to perform negatives no more than once a week on any given muscle or muscle group. Sufficient time to recover must be met, more so than over your standard training regime.

A common injury with this exercise is pain and inflammation at the lower end of the brachialis where it connects to the ulna, around the elbow joint. As soon as pain appear, cease exercise, allow for full recovery and seek qualified medical assistance.

Like the incline dumbbell curl, the concentration curl also allows you to work on the extremity of the strength curve, but, in this case, the opposing end.

The concentration curl will place greater emphasis and will require a greater force closer to the end of the curl when the biceps muscle is nearer to peak muscular contraction.

The concentration curl is a great exercise for developing those bicep peaks. 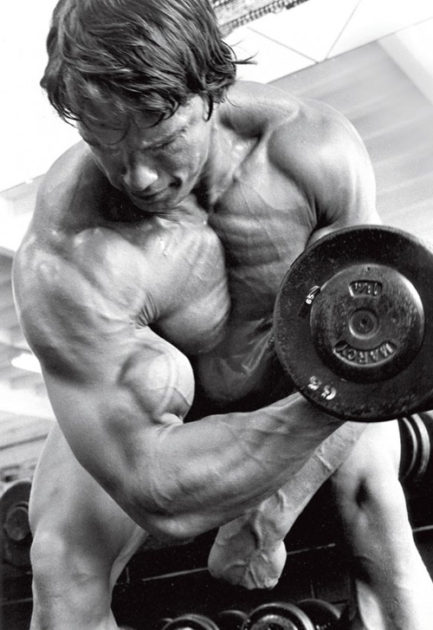 Hammer curl are key arm exercises that contribute to thickness or width in your upper arms – more so than biceps curls. This exercise will target both your brachialis and brachioradialis but will still hit your biceps brachii to some great degree, and the front deltoid and trapezius to a lesser extent, both acting as stabilising muscles.

Cable hammer curls have an advantage over dumbbell hammer curl. It enables consistent tension throughout the movement, due to the angle of the cable in which you can perform the movement.

Specifically, cable hammer curls will assist in the upward motion of the exercise. It allows you to acquire a strong peak contraction at the top of the movement.

The free movement of the cable allows you to dictate the angle of the of force application and, therefore, alter the strength curve so that tension remains almost consistent as you move through the entire range of motion.